In regards to music, the month May has a lot to offer this year. Aside from the long-awaited Arctic Monkeys album, music shops around the world will see many other great names release new work. We summed up our highest expectations for you. 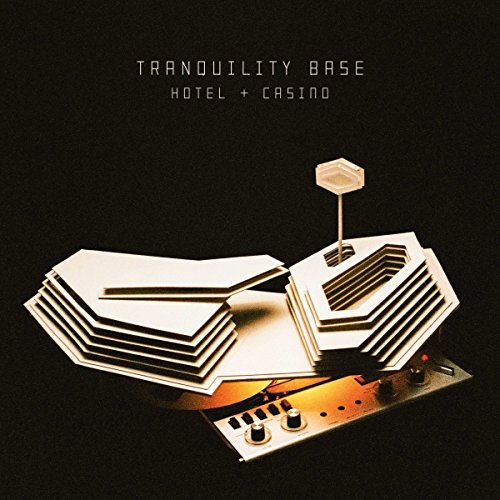 2018 shall be the year of Arctic Monkeys’ great comeback. When they successfully took their sound into a completely different direction with the release of ‘AM’ five years ago (finally selling out arenas in the US and headlining all the major festivals), there was only one thing on everyone’s mind: what’s next? We were all curious to see how the indie rock band planned to follow up on this. This year, Sheffield’s finest have chosen not to release any singles prior to the upcoming album release, so the promises of the new sound remain a mystery. What they have made clear is that it won’t be an ‘AM 2.0’, once again aiming to reinvent themselves. Rolling Stone has already rewarded the band’s fresh sounds five out of five stars, and labelled it a masterpiece. Drenched in mystery and high expectations, this is our Most Anticipated Release of the month May.

The exact moment you were ready to admit that Snow Patrol were not going to be making a comeback, they announced a new album. Seven (!) years after the release of their prior album, their new work Wildness goes public on the 25th of May. The band around Gary Lightbody headlined the biggest stages of the world only ten years ago, but in today’s fast-moving society you are quickly forgotten. This means they will have to prove themselves again, and we can’t wait to see how they plan to do this. The first single Don’t Give In wasn’t up there with chart-toppers like Chasing Cars or Just Say Yes, so hopefully we may find that elsewhere on the new album. They will need it.

3. Courtney Barnett – Tell Me How You Really Feel

We are very much looking forward to the new Courtney Barnett album, as the Australian musician has completely redeveloped her sound. Her songs revolve around humorous and honest lyrics with many dry references. With raw and rough guitar sounds supporting her, her tracks often make delightful summer tunes. The song titles alone makes us curious enough to get through the entire album as quickly as possible, just like she managed to do with her previous album and the song title ‘Nobody Really Cares If You Don’t Go To The Party’. Singles off the new album so far seem very promising, and they have a similar style: honest and witty lyrics with lots of guitars and funky melodies.

It has been three and a half years since the world was first introduced to James Bay. His debut album contained chart toppers such as ‘Best Fake Smile’, ‘Hold Back The River’ and of course ‘Let It Go’. We are absolutely delighted that bae Bay will made his return. His new work might be different, but we are still excited as ever – if not more – to give it a listen. May 18th is the day: that’s when his second album ‘Electric Light’ is released. Can’t wait!

One of the reasons why we love Parkway Drive is because they keep challenging themselves by making diverse music. This album will probably sound completely different from IRE (their latest album), so we’re excited to hear what they will do next!

Since they scored a hit with ‘Someday’ in Belgium in 2013, we haven’t heard from Float Fall. Finally, on May 4th, they will be releasing a new single, yet to be named. It will only be their third, but we are looking forward to it!

The best of the rest

Other much anticipated releases in May:

New Albums You Must Listen To In August: Ariana Grande, Jason Mraz, Interpol, And So Many More…

Find Out Our Most Anticipated Releases Of June, including Gorillaz, Florence + The Machine And Many Others